Call to Contributions for the Third Number of the “Doc.Eu” Review 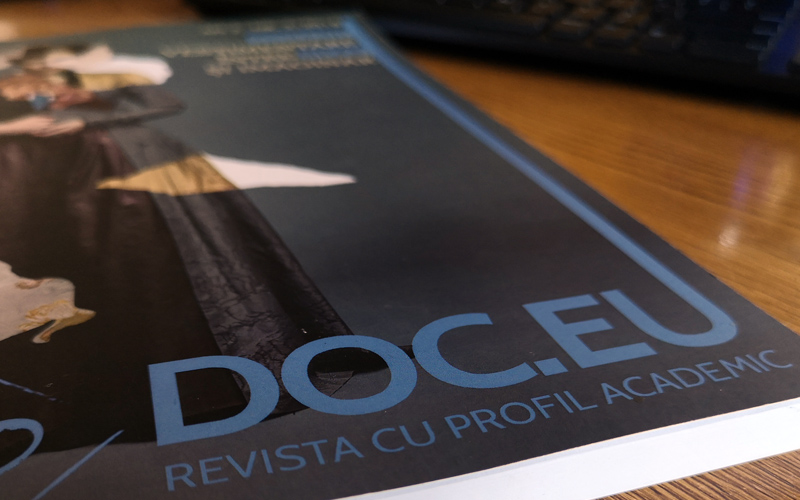 The 1900s-1930s are an epoch of deep sociocultural transformations, a transition from tradition to modernity, a flourishment of urban civilization, but also a period of dramatic historic events, such as the 1907 Uprising or the Great War. Although, after the first world conflagration, the political class succeeds in achieving the Great Union, there will be a stage of ideological contradictions which will leave a trace on Romanian society.

Thus, the third number of the Doc.Eu review aims to show readers some aspects of social and cultural life of the years 1900-1930, through the following thematic directions:

Literature – from the 1900 to the 1930, urban civilization has known significant development, through construction of some great buildings. The comfort and appearance of inhabited space was mainly reflected in literature, where it registered a real urbanization of the narrative. Public taste is cultivated through artists’ performances, such as Sarah Bernhardt, and through emergence of cinema, which stimulated visual development. Culture registered a real fervour, reflected through establishment of some cultural gatherings, some artistic or professional associations, but also through coexistence of more literary movements: symbolism, Dadaism, surrealism. Freud’s discoveries on role of the unconscious, and their propagation by means of diaries, will open the way to the analysis of some physical or psychological conditions, or to erotic driven literature.

History – the Great War generated a phenomenon of its own, with similar characteristics throughout many countries, giving artistic expression to a common philosophical, psychological and ethical spirit. It became a cornerstone defining both destinies of states and peoples, but also human thinking orientation. On the other hand, after the war and the Great Union, Romanian society was marked by ideological contradictions. The development of some doctrines, such as communism or the legionary movement, will also bring together intellectuals, and also lead to a radicalization and division of Romanian society, around the Second World War. Yet, besides mainstream history, a history of personal dramas also developed, of broken destines out of political reasons. This direction aims to privilege research projects on war testimonies, clandestine histories, espionage, prison literature, socio-economic and historic context, technical and scientific achievements, and women’s’ status before and after the Union.

Linguistics – Transition from tradition to modernity is not merely visible in literary texts, but also in political discourses, frontline releases, epoch advertisements, newspaper articles or fashion changes. For this section, researchers may suggest individual or collective articles/projects.

Fashion, architecture, performing arts – The beginning of the XXth century was, influenced by the Art Nouveau movement, both present in architecture, through edifices with fatuous decorations, reminding of the vegetal regnum, as well as in dressing style, which became seemingly more graceful, trying to hide body roundedness by use of corsage. Under the impact of historical events, humanity has changed its aesthetic criteria, which was reflected notably in the costume’s history and performing arts, where they now pleaded for the natural. The corsage and extravagant dressing, dominating the Belle Epoque, are firstly removed on the stage, and later on, in everyday life.

The deadline for sending the articles is the 15th of January 2019. Articles, written according the norms of the review, will be sent to articole@doc-eu.com, doc.eu2018@gmail.com.

The Doc.Eu review is a niche publication, addressed to members of the academic community: students, master students, PhD students, researchers and professors. The review is published biannually and respects the structure of European academic publications. Every number has a call to contributions on a given theme, a Varia section, a space reserved to research projects, interviews, book chronicles, but also a section named Latest in research, where is synthetized the newest information in the academic field. More information on Doc.Eu can be accessed here.