International Congress CEESSGA 2018 Curiosity and Censorship in the Modern Age 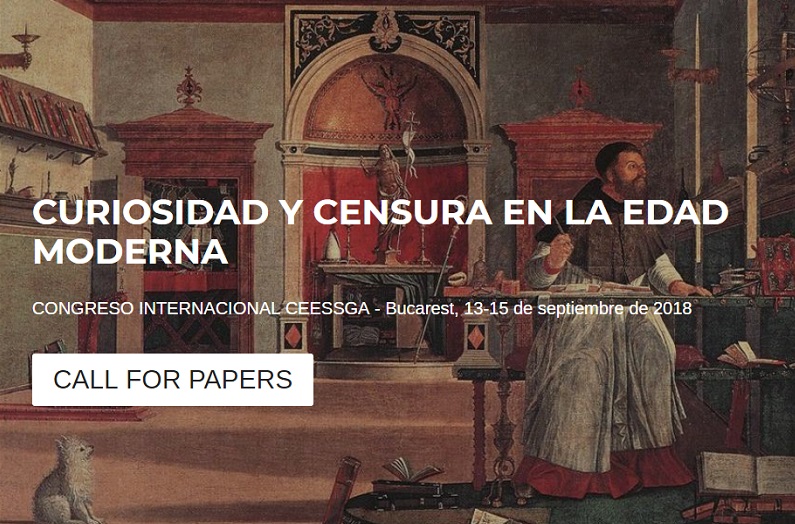 The International Congress Curiosity and Censorship in the Modern Age, organized by the University of Bucharest and the Romanian Academy on 13th-15thSeptember 2018, is the first of a series of biannual meetings that aim at bringing together as many as possible of the researchers in Central and Eastern Europe, who dedicate their activity to the Spanish Golden Age, in order to configure the Investigation Group Central and Eastern European Seminar of the Spanish Golden Age, CEESSGA.

The theme we propose is pointing to the historical, political, cultural and artistic realities of the Spanish Golden Age in its double facet, both moralizing and perceptive of the intellectual production along its chronological tradition, and simultaneously transgressive in its interpretative and evaluative dynamics. Curiosity and censorship both contribute to depicting the major and minor traces and the various shades of a painting meant to envisage a world in which receptors of all kinds, the curious and the censors, confront each other, communicate and weave the tight bonds between doctrine and imagination onto that fascinating tapestry out of which modernity was to be born.

Consequently we aim at understanding the Spanish Renaissance and Baroque individual from a holistic perspective, and therefore address researchers from the fields of History, Philology, Poetics Theory, Literature History, Philosophy, Theology and Art History, as well as border research, such as the Cultural Studies, the History of Mentalities or the History of Ideas.

Proposals, in SPANISH or ENGLISH, of a maximum length of 300 words, preceded by a title and accompanied by a biographical note of 100 words and will be send to ceessga@gmail.com, no later than 15th February 2018.

Further information is to be continuously updated here.