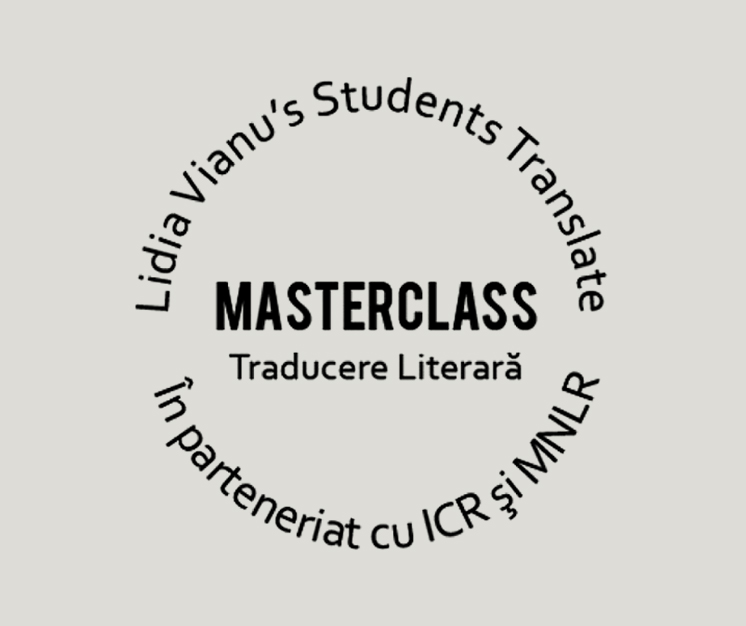 During 13-17 May 2019, takes place the fourth edition of Lidia Vianu’s Students Translate Master Literature Translation Class. This time, six British writers will arrive in Bucharest to work with students at the University of Bucharest. The official opening took place on Monday, May 13, starting at 16:00, at the headquarter of the Romanian Cultural Institute (Alexandru Alley, 38), and the master class will be held between 16:00 and 20:00 in Hall James Joyce of UB’s Faculty of Foreign Languages and Literatures (Pitar Mos, 7).

The fourth edition of the Masterclass organized for the Master for Contemporary Literary Translation students will deal with the poetry of the finalists of the translation of the Romanian poetry “Lidia Vianu Translates”. Master translations will be stylized by a team from the British publishing house Bloodaxe Books. It is the first collaboration of a prestigious British publishing house with the master’s degree in the University of Bucharest. Its purpose is to promote Romanian literature in the world.

For five days, texts previously translated by students will be stylized by British guests arriving in Bucharest. The version of these Romanian-British mixed teams will be published in a bilingual anthology at Contemporary Literature Press, the online publishing house of the University of Bucharest.

The project is an initiative that benefits both translators and Romanian literature, who has the chance to enter the British book market, one of the hardest to conquer.

According to professor Lidia Vianu, “this Masterclass of Literary Translation project is at the same time an academic, literary, editorial project promoting Romanian literature on the globe in the year when England is also a honorific guest at Bookfest. This Masterclass sums up professional chances that rarely come and that can change a lifetime.”