The report „Understanding our political nature: how to put knowledge and reason at the heart of policymaking” was launched 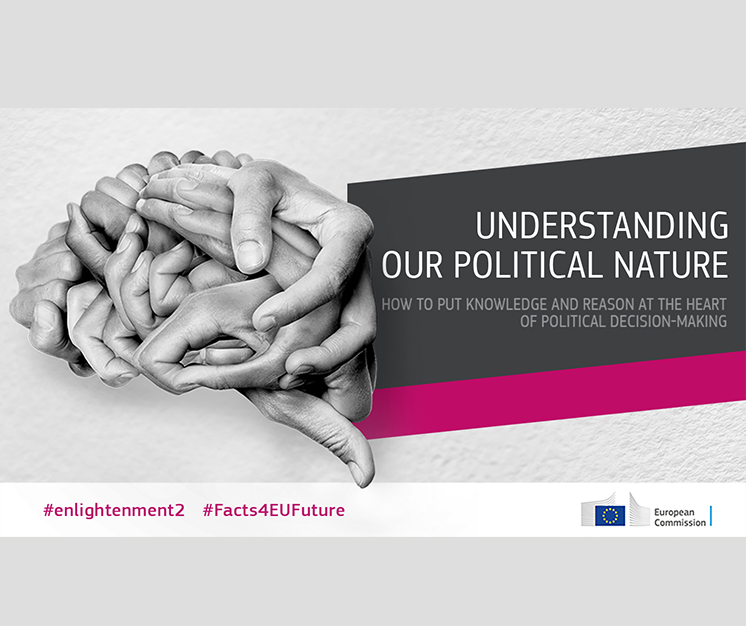 In July 2019 Joint Research Centre (JRC) of European Commision launched the report Understanding our political nature: how to put knowledge and reason at the heart of policymaking, part of the Enlightenment 2.0 research program.

The study involved researchers from prestigious universities and institutes, including the University of Bucharest, which responded extensively to the question “What factors influence our political behavior?”, based on the latest scientific research and publications in their field such as economics, history, language and culture, neuroscience, philosophy, political science, psychology, public policy and sociology.

On behalf of the University of Bucharest, Adriana Mihai, a PhD student at the Doctoral School of Literary and Cultural Studies, the Faculty of Foreign Languages ​​and Literature and a member of the Center for the Excellence in the Study of Cultural Identity (CESIC) contributed to the report.

The Enlightment 2.0 project, funded by the European Commission and coordinated by the JRC, aimed to understand the factors that influence the behavior and political decisions by providing an updated model of our political nature. The report shows that, apart from the rational processes behind political decisions, there is a solid evidence that these decisions are largely determined by the following factors: misinformation and erroneous perceptions, collective intelligence, emotions, values ​​and identity, framing – metaphor and narrative, trust and openness. These scientific results will inform public policy development within the European Commission in the spirit of evidence-informed policy making.

More information about the study and the full report “Understanding our political nature: how to put knowledge and reason at the heart of policymaking” can be accessed here.