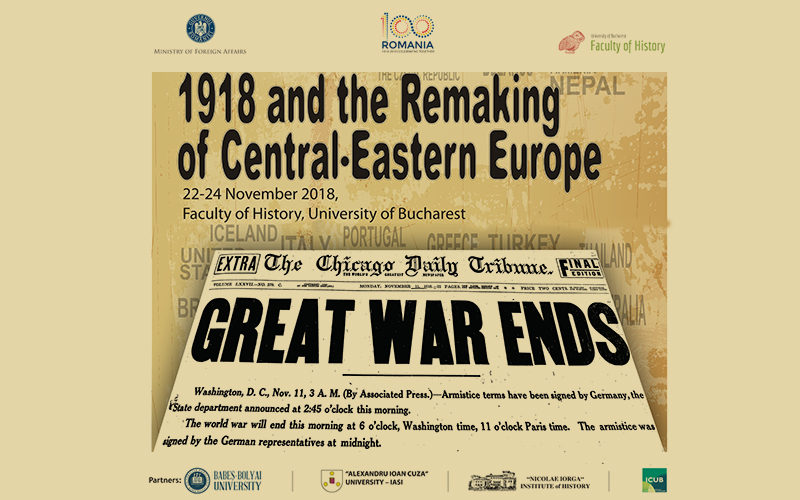 More than 20 historians coming from academic centres in Romania, Bulgaria, Poland, Hungary, Great Britain, Italy and Russia attended the “1918 and the Remaking of Central-Eastern Europe” conference. The end of the Great War’s crucial transformations, which shaped the nations in the Central-Eastern Europe region, were debated during panel sessions, Friday to Saturday, 23rd -24th of November.

The “1918 and the Remaking of Central-Eastern Europe” conference continues the events celebrating the 1918 Great Union Centenary and is organized by the University of Bucharest’s Faculty of History and Research Centre (ICUB), in partnership with the Ministry of Foreign Affairs.

The full event program can be seen here.

The event promoted as well an unbiased historical culture and allowed reflection on the opportunities and challenges Europe faces today, after 100 years of events since 1918-1919.