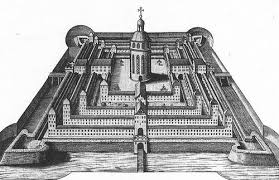 ”Drawing on my doctoral research on bonded migrant prostitution between Nigeria and Italy, I want to begin this cycle of seminars on sexuality, labour and mobility by reflecting on some of the wider implications of the ethnographic material at my disposal. In particular, I propose first of all to take into account the ways in which specific political-economic formations shape and control mobility and the subjects who engage in migration. It has become commonplace to consider the criminalisation of migration (and of prostitution) as functional to a regime of exploitation and control, which in the case of bonded sexual labour appears particularly pronounced and, yet, rarely teased out in its deeper roots within the transformations of contemporary sociality, and sexuality as part of it.

At the same time, many critical analysts point to the need to take into account migrants’ (and sex workers’) subjective drives, which exceed any attempts to control and condition choices, desires, trajectories. I will assess the play between subjectivity and subjectification, between dispositifs of control and their necessary limits, by reference to a series of mechanisms though which the migrant Nigerian women I came across during research navigated the complex interplay between their debt-bondage obligations, their desire for greater control of their lives and incomes, and the demands of a rigid anti-trafficking regime which requires coherence and transparency of those who are to be recognised as ‘victims’.

Finally, alongside the category of subjectivity (which encompasses both control and excess), in tandem with political economies, a third analytical device must be adopted in order to make sense of modes of relationality which do not rely on individualised persons or on human actors alone. Debt-bondage arrangements binding Nigerian women to those who sponsor their journeys to Europe are based on contractual forms, usually known as juju, that involve non-human actors (deities) and conceptualisations of personhood as distributed through space and susceptible to long-distance attacks. Affect, a notion that has re-gained some currency in critical intellectual circles following post-structuralist re-readings of Spinoza, helps to analyse these dynamics adding a crucial, radically material and trans-subjective dimension to the relations and processes of sexuality, labour and mobility which are at the core of this seminar series.”